How to write YA (writing tips), YA Resources 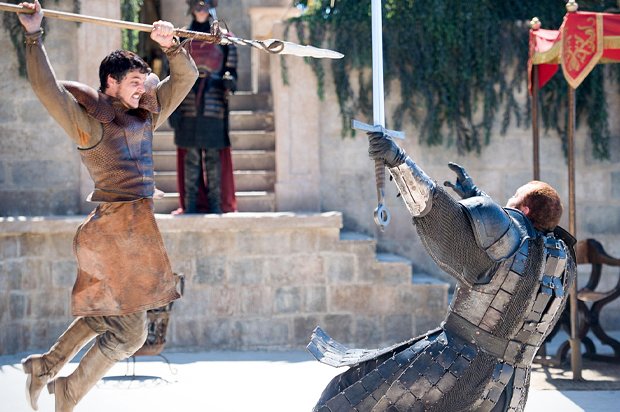 As a past practicing martial artist and a fellow human who loves a good adventure, I admire great fight scenes.

Some of the best books I’ve read and movies I’ve seen include: R. A. Salvatore’s The Dark Elf trilogy for sword work; Lisa Tawn Bergrin’s The River of Time series for staff-wielding females; the Bourne movies for sniper action, martial art applicability, and prowess; LOTR for sword work and medieval type warfare; and The Last Samurai for martial art applicability, prowess, and a glimpse of another world; with the language, costumes, and characters true to itself. And these touch but the tip of the iceberg.

Of course, all of these, especially the movies, are more or less realistic as far as a real fight with various weapons goes. Much depends on the actor or character and the right build of tension and credibility throughout the story around the fight scene. I should add that in my experience the quality of the surrounding story highly impacts the fight scene.

In a story, book or film, there’s a fine ratio between exhibitionism and realism. In books, I especially lean toward realism—in the context of the portrayed world, as I say above. For instance, there’s a large difference between an elf’s swordsmanship abilities and a man’s.

I dislike blatant impossibilities such as the river scene and some of the others in the last segment of The Hobbit. They do not strike me as quite true to J. R. R. Tolkien’s Middle Earth. On top of that, impossibilities of real bodies in motion yank me out of the story.

Practicing martial art has given me insights into how to make a fight scene believable. Full contact Tae Kwon Do gives you some idea of guarding, striking, balance, action and reaction: the give and take of forces. It also gives you the experience of falling and how you feel when hit, how it feels to take down and hit someone else, and gives a multitude of techniques for excellent martial art scenes in fantasy adventure stories.

For a fight scene in any medium to be anything more than a brawl, it must have meaning behind it, within it, and ahead of it: a goal achieved by it. The goal “achieved” can be success or failure, depending on how it serves the story. The stakes must also be logically solid, which leads to emotional meaning and characters basing their actions or desired outcomes on the stakes and their meaning.

And someone may know how to fight, but not how to write, or script, or film. I imagine that’s why there are instructors and editors involved in both movies and books. So if you’re trying to write a great fight scene for script or book, take a few martial arts lessons or talk to someone who knows. Study the scenes you love and the ones that fit the five signs of a great fight scene.

So if you’re a writer or reader and you have a favorite fight scene or movie, leave a comment below and let me know. Please share this article with your friends on your favorite social media if you’ve found it helpful.