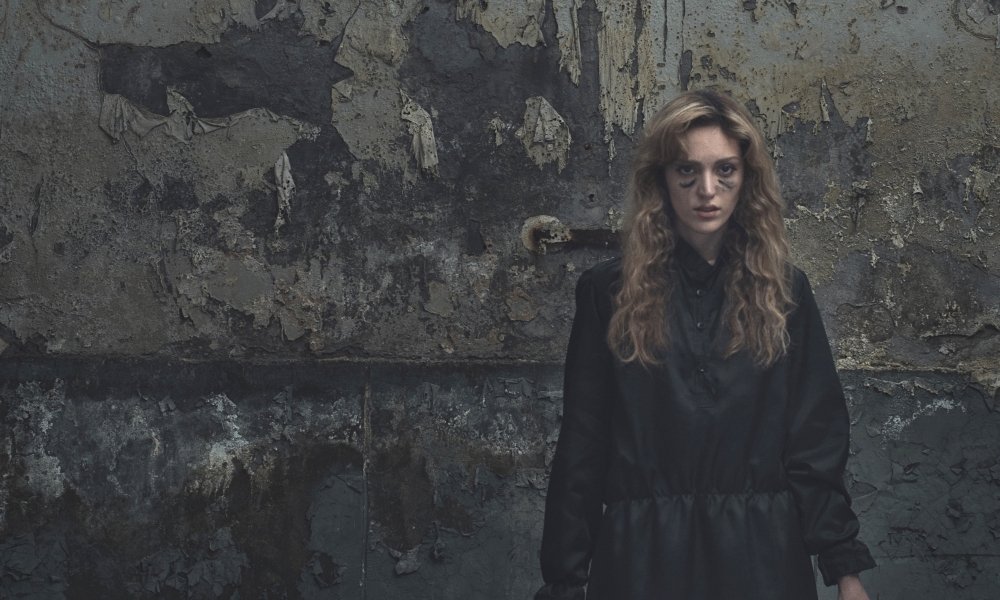 Orpheum is a young adult dark fantasy romance based on Eastern European history, the myths and literature of Orpheus and Pythagoras’ theory of the music of the spheres. Readers who loved This Savage Song and Strange the Dreamer will love this hypnotic mythological thriller. From dystopian nightmares to gorgeous steampunk and fantasy settings to fairy-tale retellings and beyond, SHATTERED WORLDS has every story you’ve been dying to get your hands on! This unique Young Adult/New Adult collection, inspired by the creative minds of today’s New York Times, USA Today, and international bestselling authors, promises to satisfy your cravings for action and adventure as you experience rune magic and time-travel, overthrow corrupt governments, meet reapers and aliens, battle dragons, fall hopelessly in love, and break ancient curses, right alongside some of the bravest characters in fantasy fiction!
View on: Amazon | Kobo | iTunes | Google Play | Barnes and Noble

Sound of Sirens by Jen Minkman On the island of Skylge, electricity is only for the Currents – the rich ruling class who brought the holy fire of St. Brandan. Ever since, the light in the Brandaris Tower has protected the islanders from the Sirens living in the deep waters around the island.
When Skylger girl Enna welcomes her brother back from a sea voyage, he gives her a present from the mainland: an electronic record, only playable on Current devices. Enna strikes up a bargain with Royce, the local Current heartthrob, to share the LP and listen to it together – an act punishable by death. But soon she discovers that there’s more than meets the eye when it comes to Current society and the history of Skylge. Why do the Sirens tempt the islanders to give themselves up to the sea – and where does the Currents’ monopoly on electricity really come from? While struggling with these questions, Enna begins to fall for Royce, risking everything to be with a guy who is clearly wrong for her. The sound of Sirens isn’t the most treacherous thing out there to haunt her dreams…

The Deception Dance by Rita Stradling Eighteen-year-old Raven Smith has planned out every detail of her summer vacation in Europe. But her well-laid plans go off-course even before her plane touches down. She finds a letter in her carry-on suitcase while airborne, warning her that she should not go to Europe, because an “evil agent of Hell” is looking for her and he will find her if she disregards the letter. But Raven disregards the message. In a world where survival is of top priority and humanity has been reduced to crumbling shards, April does her best to hold her fragile world together. But it’s not easy – the ties holding her family together are unraveling, and rumors of a human underground settlement compels her to step into the shadows of the city once more, in order to find other survivors like her – even though the threat of hybrid vampires hounds her every step. The darkness hides secrets, along with the threat posed by the Feral Vampires, but a greater evil thrives within the city. April suspects that the humans will be less than welcoming of her – but the only way she’ll find out is if she finds them before the Vampires do. April might have no choice but to join sides with the enemy. Dyliana Fairsson is one of the Rhodi, an ancient sect of assassins who defend Crescentia, the dystopian world desperately holding on to a dying hope. The Rhodi was the only way she and her twin brother Devin could escape starvation, after losing their parents to a suspicious accident. Under the direction of her master, Dylan struggles to learn the strength of her magic… while hiding the growing scars on her wrist. Dylan wants to become the hero she’s destined to be… but the threat of falling into the darkness is very real.

Save Me by Anna Santos Camille’s dreams are shattered when she’s rejected by the ruthless and abusive Alpha of the Shadow Pack. Now her only chance at survival is to arrive in Paris, and pray that what her brother told her about the angels is true. When she arrives, she’s chased and almost killed, but she’s saved by the mythical creatures protecting the city – and is given a new mate. But the new mate comes with a price, because Jacob has been waiting a long time to be matched to a rejected soul, in order to break the curse binding him, and to finally become a full angel. Camille is everything he’d been looking for in a mate, but they have only thirty days to fall in love, or else Jacob will turn into stone forever. But the road to a happy ending is rockier than expected, as the Alpha Simon suddenly wants to reclaim Camille and to wage war on other packs in a mad quest for power. Now it’s time for Camille to be the savior.

The Belgrave Legacy by Zara Hoffman Fawn doesn’t believe in magic. But magic is very real, and has made her a vulnerable target. Caleb, meanwhile, is sick of Hell. When the Devil offers him a way out, he immediately accepts. Can this young witch trust the dark angel assigned to romance and seduce her? Or will his betrayal tear them apart forever?

The Pursual by F.F. John Invier and Neith are madly in love, but Neith’s family is too lowly-ranked for a union with Invier. Unwilling to accept a loveless union with someone else, she instead decides to revive the long-abandoned competition called the Pursual, where the prize is the girl and an alliance with her influential family. Invier is entered into the competition without his consent, and soon he becomes suspicious of Neith’s motives. Still, he is determined to win, or else watch as a rival marries his love. With the mysterious deaths of competitors, the unearthing of dark secrets, and a growing rebellion threatening them, things won’t come easy for Neith and Invier. The competition was meant to bring them together, but instead threatens to tear them apart. Yet the only way to overcome their rivals is to work together, and eventually gain a life with each other.

The Moorigad Dragon by Debra Kristi Kyra the Moorigad is a runaway and a hybrid dragon-shifter falling for her all-too-secretive best friend, Sebastian – a man for which her dragon lineage would never approve. Kyra delves deeper into Sebastian’s mysteries, but her goodwill sabotages their future when she saves the wrong man and forces herself into a protective bond with a dangerous and provocative stranger. In no time at all, Kyra gets locked in a battle for her mind, body, and soul, and the only thing she can rely on is her powers, to keep the stranger alive and salvage her relationship with Sebastian. Lizbet Wood can talk to animals and listen to their replies, and it’s just one of the things that makes her unique. She doesn’t understand how different she really is, however, until violence shatters her solitary existence. Lizbet wants to understand why her mother sought refuge on a deserted island in the Pacific Northwest, but in doing so, she comes face to face with the dangers her mother failed to escape. With her mother gravely injured, Lizbet is forced from the island, and thrust into a world even more complex and threatening than she could have ever imagined. A world where the animals appear to have no say.

SeQuence (Heart of the Ocean Book 1) by Lorraine M.L.M. Alessia Appleton is desperate to silence the voices inside her head, but being committed to an asylum has only made them worse. But at least there’s the ocean around her. Water is the one thing that blocks Alessia from hearing the thoughts of those around her, and complete submersion is her only relief. When she gets the chance to escape her wardens and the voices, Alessia takes it, and dives into the sea. A giant wave drags her under, and when she comes to, she finds that one thing is clear – it’s either she’s completely lost her mind or she’s not on earth anymore. Because Alessia is in a world with two moons, a complex undersea society, a long-lost grandmother, and a handsome young man named Dante Erajion. It doesn’t take long for Alessia to realize that the new world comes with all kinds of new rules and new problems. Her arrival has set off the Foretold Sequence of Hearts, shifting the future to a dire series of choices between Life, Love, and Death. Two months ago, Abigail Johnson saved the life of the boy she believes is her destiny, and defeated an army of demons that have pursued her ancestors for centuries. Now she and Kyle should be taking their place as leaders of the new generation of Gifted, but the curse they thought was broken has returned, and death looms much closer. When the remaining shadow demons attack again, the Dragons send Abby to Mexico. Being apart from Kyle is killing her soul, and she isn’t any safer in Mexico than she was back home, because the shadows have tracked her, and the locals expect her to help with their own demon problems. When the demons destroy her safe house, Abby has no choice but to take the fight to them. The arrival of an old nemesis, however, throws her careful plans into disarray, and now Abby and her friends find themselves facing new adversaries in a battle that turns fatal. Not everyone will make it out alive. Elle is a typical doomsday bunker teenager, living under the crush of routine. She attends classes and tries to follow the rules, enduring the same petty jealousies and anxieties teens have endured since fire was used as the first hangout. But a crumbling section of tunnel exposes a big lie about her world, and Elle’s life quickly spirals downward. She’s harassed by the enigmatic Commander and must ward off unwanted advences from older male survivors. But the ultimate insult is that everyone seems to know more about her past than she does. Elle seeks freedom in the plague-ravaged wasteland outside her home, but discovers the true threat to her people, and her own future, lies inside the dark tunnels she left behind.