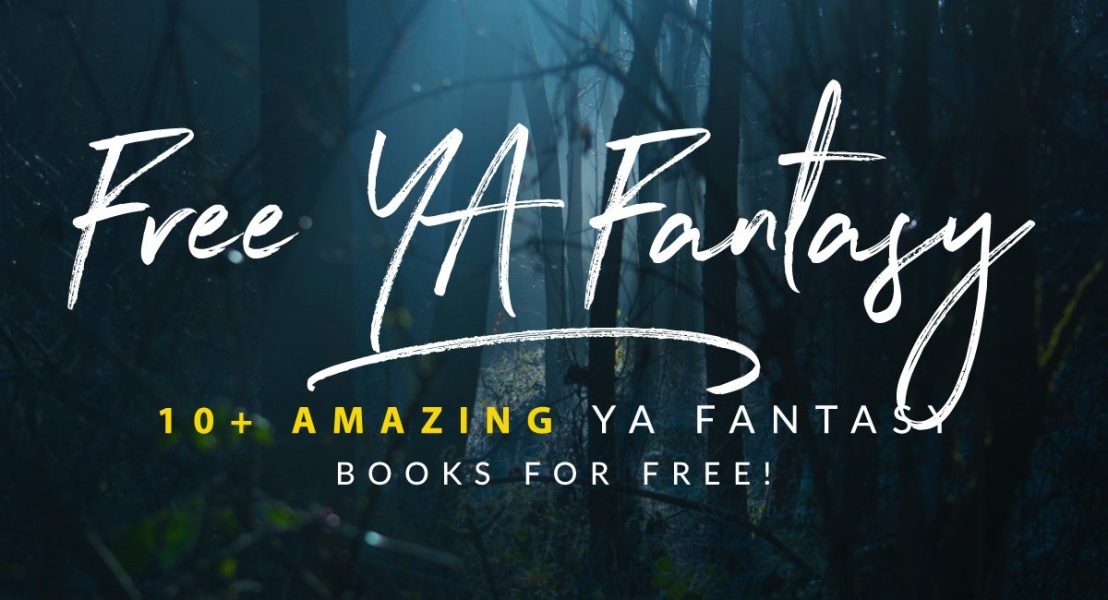 If you’re a big YA Fantasy fan, then we have excellent news for you — we’re giving you a list of some awesome YA Fantasy books for you to enjoy! The best part? They’re all free! And honestly, who doesn’t like free – and amazing – stuff, right? Check the list down below and discover your next great read!

We’ll be adding more and more books to the list so don’t forget to keep an eye out! 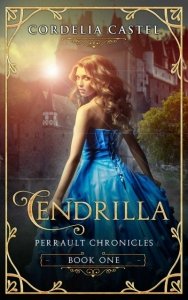 Rilla Perrault is not elegant or charming like her step-sisters. According to Mother, she curtseys like a constipated boar, can’t dance, and is incapable of serving an elegant tea. When Rilla is betrothed to Lord Bluebeard, a man suspected of murdering his previous wives, she escapes to the capital with Bluebeard’s slave.

Having paid a hefty bride-price, Lord Bluebeard sets his mercenaries on the chase for the runaway pair. Now, Rilla must reach the capital, a place where ogres like Bluebeard are forbidden to enter, before her murderous betrothed and his blood-thirsty servants exact their vengeance.

The Witch’s Curse by Megan Linski 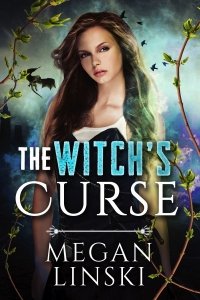 When Briar enters the Eldermere Woods alone, she never could’ve imagined the danger that awaited her there. As a young witch, she’s sought by hunters who desire her blood, a group of radicals who wish to eliminate all magical creatures. When Briar discovers a fellow witch slaughtered in the forest, her boring afternoon is changed into a fight for her life.

With the help of her dragon shifter love, Thomas, Briar must find a way to stop the witch hunters from destroying her town of Thorny Brook. But is her magic strong enough to defeat her most dangerous enemies? Full of danger, fantasy, and fun, THE WITCH’S CURSE is another thrilling installment by bestselling author Megan Linski.

Shades of Valhalla: Inner Origins Book One by Ellis Logan 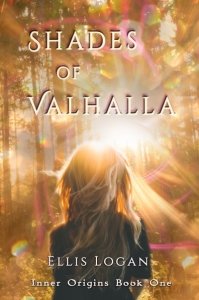 Magic. Mayhem. One girl to save the world, or end it…

Siri Alvarsson is in a race against the Dark to rescue humanity. Experience her struggle and triumph while she learns to follow her heart and discovers her true, inner origins.

In Shades of Valhalla, Siri’s adventure begins as she moves to a new town with her mom, meets a gorgeous guy she’d like to trust, and starts strange visions. Suddenly, she’s thrust into an unseen war going on between the Light and the Dark and a world she never even knew existed.

The futures of humanity, the fae, and the entire planet all depend on Siri. Both sides need her to win the war. Which side will she choose?

Wren In the Mist by Beth Hammond 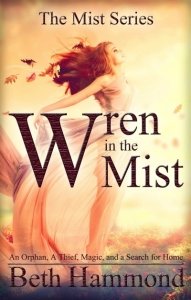 She’s trapped in a body that isn’t hers. He’s lost in a world that doesn’t want him.

When Thomas is orphaned at the tender age of twelve he is forced to fend for himself. Years later, having turned to a life of banditry, he barely scrapes by. A brush with some dangerous men leaves him venerable. When Wren leads him to safety she requests something he is unable and unwilling to give. Together they discover the true meaning of sacrifice.

Seeker: The Seeker Series Book One by Amy Reece 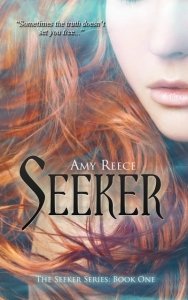 Suddenly when she starts having vivid visions about a former friend who is in desperate trouble, the adults in her life think she might hold the key to an ancient mystery.

Jack Ruiz has a troubled past, but is trying to make a fresh start at a new high school…

He just wants to keep his head down and graduate, hopefully before he turns 20. The last thing he needs is to get involved with a feisty redhead and her psychic visions.

While Jack valiantly attempts to keep Ally at arm’s length, she is equally determined to be a part of his life. Who will win this battle of wills?

Can this unlikely couple work together to find answers to Ally’s visions before someone gets killed? 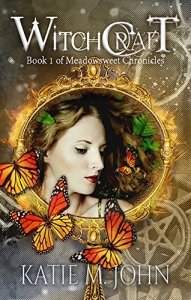 Seventeen-year-old Fox Meadowsweet is an outsider, just like her sisters, just like all the other women in her family before her. That’s what comes of being born a witch.

But being an outsider makes you stronger, smarter, more resilient. It helps you know who to trust… no one .

When a college girl is discovered ritually murdered, ancient superstitions and long buried secrets rise to the surface and many eyes turn to the beautiful, mysterious Meadowsweet sisters. After all, they do come from a long line of infamous witches.

Or maybe the strange, handsome new American arrival, Jeremiah Chase, an Exiled New York bad boy has something to do with it. His family history is more than a little shady; suicides, murders, and whispers of occult activity are all linked to the grand house he now stays in with his aunt.

One thing for certain, history isn’t staying in the past. As the village erupts with paranormal activity and ancient feuds reignite, it’s time to find out who your friends really are.

A Question of Faith: Magic Incarnate Book One by Nicole Zoltack 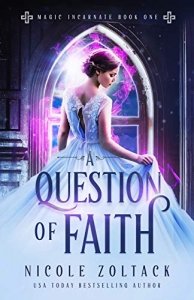 When Crystal learns her birth mother sought witches to conceive her, the fifteen-year-old’s faith is shaken. God isn’t the one answering her prayers.

After her aunt is threatened, Crystal attempts to master her power, but flying and conjuring fireballs attract dangerous attention. A witch hunter kidnaps her boyfriend, and shamans and witches hunt Crystal, desperate to use her to end their centuries-old war.

If Crystal can’t figure out what she’s capable of, she won’t just fail to protect those she loves and end the war. She might start the apocalypse. 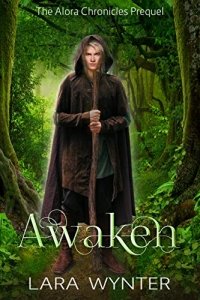 Who do you trust when those closest to you turn traitor…

Wyndelleu, Elven Prince of Alora, is forced to flee when his uncle Rothlyn kills his father, the King of the Elves.

With only three trusted friends by his side and two years before he comes into his full powers, Wyn is forced to live in secret…for now.

But a time is coming when the bonds that hold him will be broken.

Until then, he must wait and watch and use every opportunity to strike out at his enemy

Wrath and Wing by Megan O’Russell 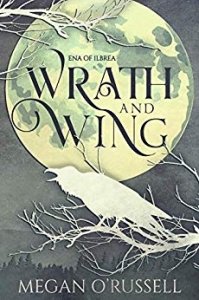 Healing is a hanging offense, and Ena is done risking her neck to watch her patients die. Fleeing a future of blood and death, Ena braves the dark unknown. Life taught her the cruelty of the world. But she never imagined the dangers of her journey.

A Whisper of Smoke: Dragonriders of Skala Prequel by Pauline
Creeden and Melinda R. Cordell 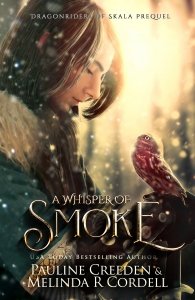 Skeggi has been raising his brothers ever since their parents died last year. One respite from his never-ending work as a parent is the time he spends with his sword-friends, learning to fight and fly dragons. But during battle-practice on dragonback, Skeggi stumbles upon an invasion force of Danes, and all hell breaks loose.

As the city prepares for war, Skeggi and his friends are sent on a mission to bring back the Queen’s daughter. Not only must they rescue the Queen’s daughter, but they must escape the wrath of the Dane’s commander, Iron Skull, one of the most dangerous men of Viking legend. The sword-friends have found someone that Iron Skull considers more valuable than gold—his thrall girl. He’ll do anything to get her back. 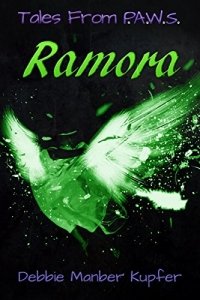 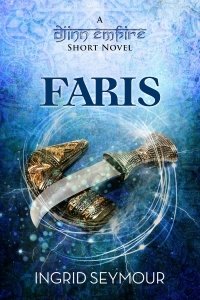 All Faris wants is glory on the battlefield. However, everything changes when his father orders him to marry the wrong girl. He knows he has a duty, but why should he give up his dreams? In the end, he’s only asked to love, but the price for refusing will indeed be high. 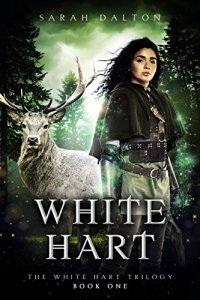 In a land where magic has dried out, Mae Waylander is the last magic wielder in Aegunlund. She is the craft-born. But Mae has kept her true identity hidden from the world, and she’s not about to reveal her secret. Not when the King is searching for the craft-born to marry his heir, Prince Casimir.

In Mae’s town of Halts-Walden, the ambitious miller claims his daughter Ellen is the craft-born. All Mae has to do is sit back and wait until Casimir and Ellen are married, then she will finally be free of the threat of her fate. But on that day an event so shocking and terrible occurs that Mae finds herself entering the neighbouring cursed forest on a quest she never thought she’d have to follow.

Join Mae as she rides her white stag through the Waerg Woods with a pampered prince at her heels. She’s out for revenge and nothing—no one—will get in her way. 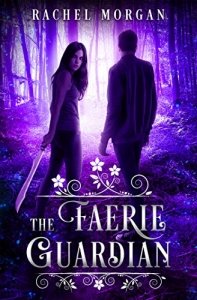 Violet has one job: protect humans from dangerous magical creatures. It’s a job she’s good at—until the cute human guy whose life she just saved follows her into the fae world.

Now she’s broken faerie law, risking her future at the Guild of Guardians. She needs to get Nate home and make him forget everything he’s discovered.

If only someone wasn’t intent on hunting him down.

Vi and Nate are pulled into the darker side of the fae world, where deadly magic and long-forgotten secrets exist.

Vi might be one of the best, but can she get them out alive?

Insight: Web of Hearts and Souls # 1 by Jamie Magee 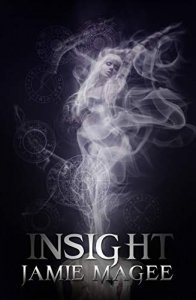 Cursed with the chains of a supernatural empath insight, Willow Haywood has learned to survive life, mostly on the defense. Her world shatters when a demon stars in a nightmare, then leaves behind a mark—a chain—as she wakes. The omen forces her family to reveal the fantasy hushed behind the reality of her life.

Willow learns beautifully dark secrets written in the lore about her coming fate. The twilight of her youth has arrived—she has no choice but to flee to unknown dimensions. Mystery lurks in the magical mythology laid before her. Danger haunts the shadows. To survive the shock waves of her life she focuses on him—the angel who came to every dream, every night. She’d fallen for him. The love of her soul, a mate for existence—a weapon for the Godly games stirring on the horizon…a war astrology foreshadowed.

Willow Haywood is the Scorpio. 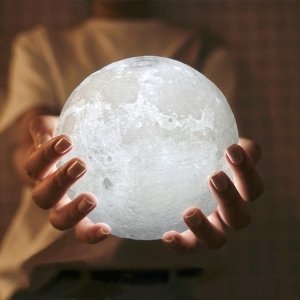 We Love YA Books!