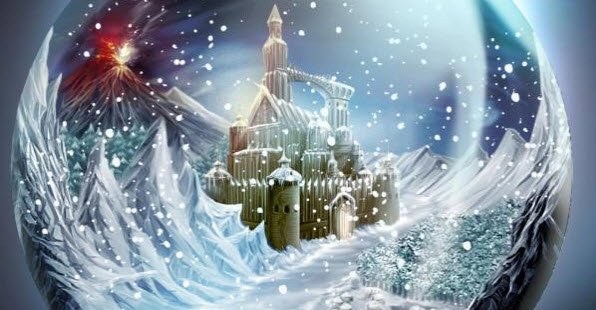 Meet YA Fantasy author Jenna Nelson and watch as she reads from THE SNOW GLOBE, Book one in The Winterhaven Chronicles. Then get to know her as she shares a favorite quote and poses a fun trivia question. Be sure to leave a comment to enter the giveaway for one of two ebook copies of The Snow Globe. Giveaway open to domestic & international entrants.

Summary: By day, Sondrine Renfrew works at Cimmerian’s Curio Emporium, her aunt’s apothecary and antique shop in London, 1875. By night, she weaves fire, water, and air into both inanimate objects and living creatures. When a hooded stranger offers Sondrine a snow globe in trade for medicinal herbs, she accepts, enchanted by the castle, forest, and sea encapsulated under the glass. Her enchantment fades, however, when her deceitful aunt betroths her to one of London’s wealthiest men—a complete stranger.

Determined to escape the marriage, Sondrine trades her corset for trousers and decides to run away. With one foot out the door, she falls down a veritable rabbit hole into Winterhaven, the haunting world inside the snow globe. Sondrine soon discovers her arrival in Winterhaven is no accident. There, she meets Shán, a man who broods more than the darkened sky above. Turns out Shán is not to be trusted. Not only is he the man who sold Sondrine the snow globe, he is a bounty hunter employed by the king. The beginnings of a sovereign war have been set in motion and an Immortal queen, one who uses fire as a weapon, is set on destroying Winterhaven. Because of her Elemental gifts, only Sondrine has the means to stop the queen. If Sondrine refuses the king’s request, he will behead her. If she rises to the challenge of killing the Immortal queen, her death is just as imminent. After all, an Immortal queen cannot be killed. Or can she?

Rite of Redemption is the third and final ...