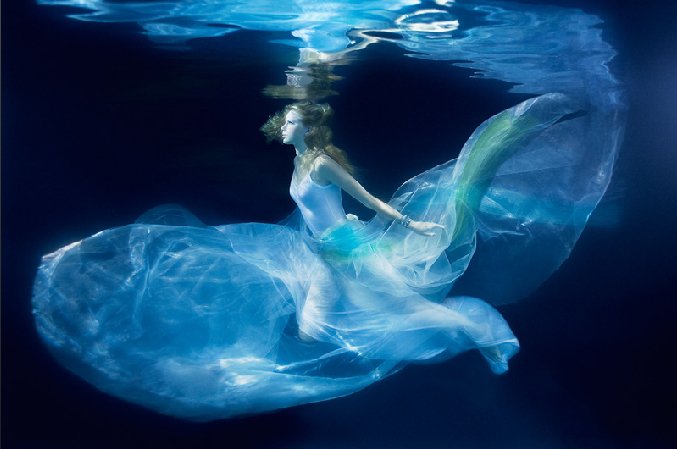 Super-celeb Taylor has a lot in common with mermaid literature. What follows is an in-depth argument that Taylor swift is a mermaid, and not even trying to hide it.

This picture, which she tweeted to Selena Gomez on her birthday, shows the besties posing with a mermaid statue on her property in Rhode Island. 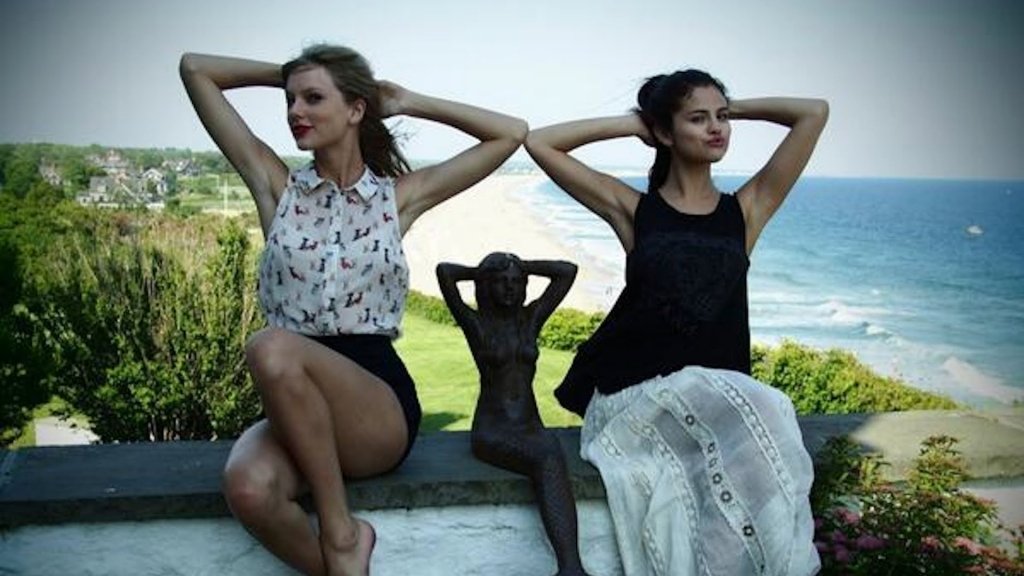 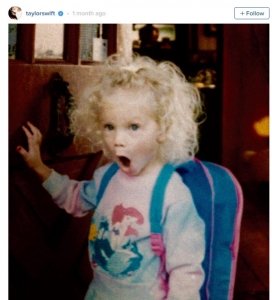 Pretty sure this is from a real photo shoot but I can’t find the source, anybody know? The following album cover seems to be fan made, but the pictures real… 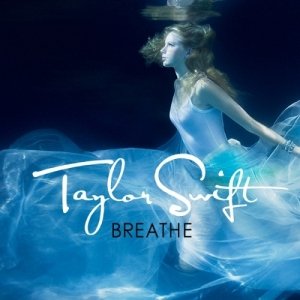 Her newest music video, Out of the Woods

Has her swimming with fishes, and she looks totally at peace.

Her best friend has never seen her swim

Taylor’s friend and Grammy-date Abigail Anderson, who is a record-setting swimmer, can’t get her into the pool. She told the Lawrence Journal World in 2009, “I’ve actually never seen her in a swimming pool, now that I think about it. We live on a lake, so we’ve gotten in there before, but … I’ve never seen her swim, I don’t think I ever will.”

And why not? Obviously because she’s hiding her true form even from her closest friends (the lake was OK, because the water wasn’t clear enough to see her fins).

Even though she loves swimming

T. Swift follows swimming enough to be a fan of Olympic swimmer  Missy Franklin; they met in 2015 after exchanging Tweets.

Why is she so obsessed with professional swimming? Because she’s really a mermaid, obviously – she can’t do it herself without giving away her secret, but she still enjoys watching others.

She references the sea in her lyrics

He was trying to skip rocks on the ocean saying to me,
“Don’t you see the starlight, starlight?
Don’t you dream impossible things?”

She built a mansion on the ocean…

Why would someone need their own private, walled off section of the ocean?

She built a mansion on the ocean…

Mermaids love shiny, sparkly things… but there’s another reason Taylor Swift wears dresses like these: when she sweats, her skin sparkles like glitter. The dresses are camouflage. (But not a very good disguise, since most of them make her look like a mermaid anyway). 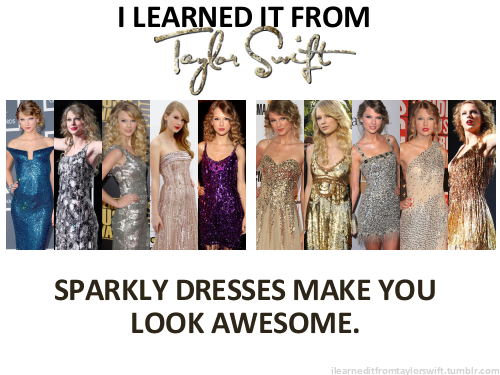 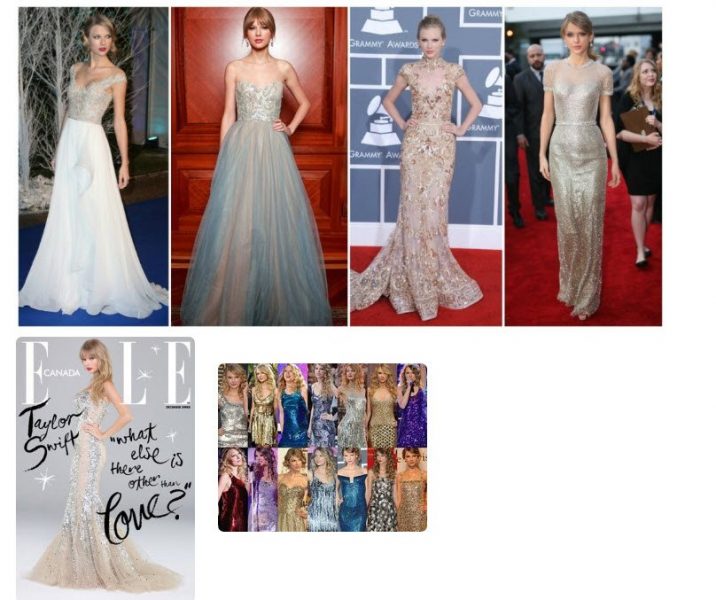 Her favorite book is Mermaid Park. 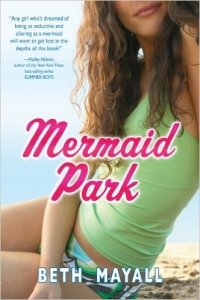 She can talk to whales

She can talk to whales, as evidenced by this video. Where she says, and I qu0te: Mermaids are not just myths and legends…

There have been mermaid sightings for thousands of years. The earliest mermaid-like figure was the ancient Syrian goddess Atargatis, who watched over the fertility of her people, as well as their general well-being. Then there was Ea, the Babylonian god of the sea. He had the lower body of a fish and upper body of a human. Ea would later be co-opted by the Greeks as Poseidon and the Romans as Neptune. 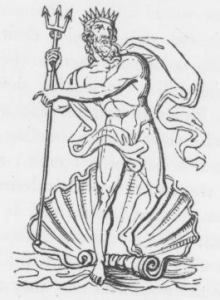 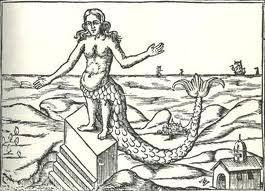 In one text, Ambia is the monstrous daughter of Cain, a woman with the tail of a fish, who could travel by land or sea. The Roman naturalist Pliny the Elder wrote of the nereids. He called them nymphs, but they were half-human, half-fish. Legatus of Gaul once wrote to Emperor Augustus claiming he found a “considerable number” of them “dead upon the sea-shore.”

Mermaids are older than civilization. According to some texts, civilization and technology came fromthem, as gifts from the gods—Ea or Atargatis. Christopher Columbus saw mermaids on his trip to the new world, and even John Smith encountered some before he met Pocahontas.

But then they disappeared. Mermaids became mythological, fanciful. Nobody has seen one for centuries, so all we had were recycled stories and myths. In 2012 Animal Planet put out a fake documentary, with actors pretending to be scientists, claiming to show evidence that mermaids were real. Despite it being attacked as fraudulent pseudoscience, it was the most watched program in the channel’s history. 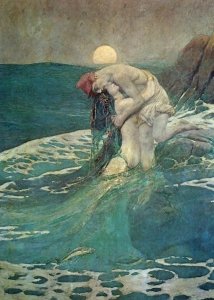 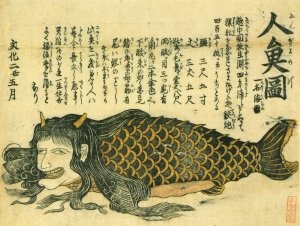 A month after the program aired, the National Oceanic and Atmospheric Administration posted a statement on its website denouncing the supposed existence of the half-human, half-fish beings, saying “No evidence of aquatic humanoids has ever been found.”

Modern experts believe that Columbus, Smith and other mermaid-spotting explorers were really just catching glimpses of human-sized marine mammals like manatees and dugongs, but it strains belief that they could be mistaken for humans.

Stories about the merrow are common in Irish folklore, though most of them just talk about how to “catch” a merrow wife. Apparently merrow have special clothing, or at least the women do, called a cohuleen druith or “little magic cap” that helps them navigate ocean currents. In order to come ashore, the merrow abandons her cap, and any mortal who finds it has power over her.

She cannot return to the sea until it is retrieved. Hiding the cloak in the thatches of his house, a fisherman may persuade a merrow woman to marry him. But after some “years in succession” she would inevitably return to the sea, her “natural instincts” irresistibly overcoming any love-bond she had formed with her terrestrial family. To prevent her acting on impulse, her husband kept her cohuleen druith “well concealed from his sea-wife.”

I posit that mermaids have simply gone into deeper waters, as human beings became more plentiful and began actively hunting whales and other sea creatures. The ocean is on average 4000 feet deep,and humans can only penetrate a small fraction of that depth.

But I fear they will soon come out of hiding, and when they do, the human race will be doomed to extinction. 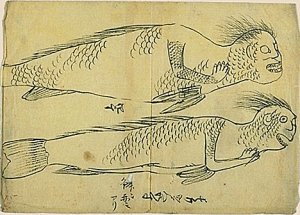 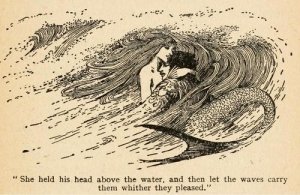 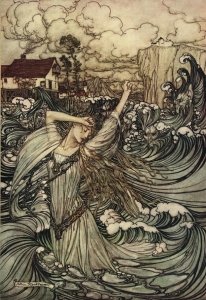