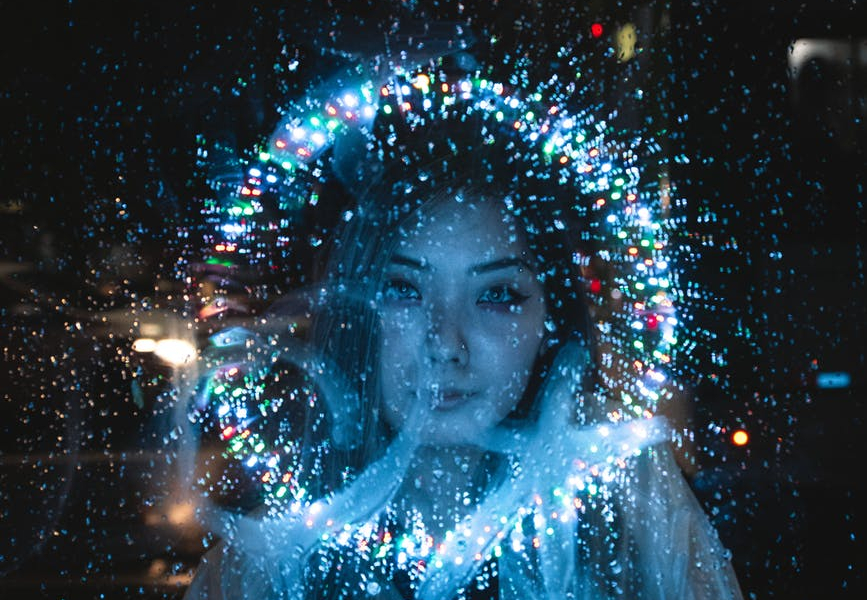 Somehow I stumbled upon another YA Twitter outrage tirade, quickly gaining traction, so I thought I’d quickly summarize some things for people who are curious but ill-informed.

Basically, a group of YA authors including Marie Lu decided to jump on a hot trend of digitial crypto currencies by getting into NFT’s – which stand for “non fungible token.” An NFT can be just about anything, but basically it’s like a receipt of ownership for a digital product: most visually represented by jpg’s of apes and cat butts on platforms like OpenSea.

There IS a lot of speculation that NFT’s are currently a ridiculous market, with people selling rocks or Tweets or memes for tens of thousands of dollars. But they’re also HOT… as in, billions of dollars of transactions fueling a raging bull run (crypto generally follows a four-year cycle revolving around the Bitcoin halving).

As I understand it, the main complaint raised is that NFT’s and cryptocurrencies in general are bad for the environment and consume too much energy… a charge often raised against cryptocurrencies. So let’s tackle that first. Yes, it’s kind of true, although, mostly it’s because current systems aren’t set up to handle the volume. But several operations have actually focused on developing greener energy technologies, including water or even volcanic energy; or mining crypto and using it to warm houses. There are lots of promising solutions *(and it may actually FUND green energy, in a way that the legacy system never will).

The main thing is that this is a new, evolving technology that can’t just be shoved back into the bottle. Crypto is here, it’s growing, and NFT’s are mostly a celebration of a very cool new technology that will absolutely dominate everything in the years to come. It’s also pretty popular and fun with young people, which is probably why Marie Lu et all thought it would be a neat idea to try (especially given her books feature a lot of dystopian/technological elements – I’m in agreement here).

The other part, seems to be accusing the authors of exposing kids to crypto; accusing crypto of being a pyramid scheme; or something about exploiting the arts, but those arguments are fuzzy. The righteous anger, however, is NOT.

“NOTHING more than callous greed and the shameful intention to exploit teens, led you to try this scam. That and sheer goddam arrogance. Shame on all 6 of you. Makes me sick to my stomach that you write for teens. Fyi your original replies you’ve now deleted were messed up af wow.”

“What these authors are doing – mind you, many of authors who have written dystopic stories before, ironically – is bad. it is horrible beyond belief. NFTs harm the environment and are a lucrative cash grab especially when it comes to teens, who may not know any better.”

I’m no stranger to performative outrage in the YA space. It’s too bad this has so quickly become a witch hunt rather than an intelligent conversation; many in the Twitterspace don’t even know what NFT’s are or why they are so bad, but are quick to get on board the vitriol train.

In response to a fast apology from Marie Lu, the outrage continues… defiant of any apology or explanation. The other authors involved, apparently, are Ransom Riggs & Taherah Mafi, Nicola & David Yoon, and Adam Silvera. People are calling for boycotts.

Basically, you get ownership over a unique digital asset. They’re very handy for things like ticket sales. The group of YA authors had planned an “NFT-based collaborative story”; so they’d probably work together to write some stuff, and certain readers could have unique ownership over certain parts. I’m unclear whether this would be paid for or how much it would cost; but my guess is, it’s not that different from KDP’s new Vella platform (buying digital tokens to redeem episodes). And it *could* have been something cool like one reader “owns” a particular, unique sentence.

After some reading, the Realms of Ruin project (which was called off just 5 hours after it launched) would have allowed young writers to submit story ideas and claim ownership; even earning income from popular or successful ideas, and been given an opportunity to share in world building and story creation from their favorite authors (while also, I suppose, learning a lot about what’s going to become a crucial piece of the emergent digital landscape… Facebook is currently rebranding to focus on the “Metaverse.”)

In a Discord convo, Marie Lu says, basically, “I don’t see a problem in teaching teens that their writing is valuable and worth money.” There’s an assumption that teens need to buy in or pay to mint their stories; and then the winners will get all the money like an MLM, but I don’t think these details are clearly fleshed out. It would more likely be an auction where some people could buy unique NFT’s made for each story (though, I get it, asking teens to invest in NFT’s is sketch when most crypto accounts won’t let you register if you’re not 18+). Non-fungible tokens (NFTs) aren’t necessarily currencies. You can make one and keep it, sell it, bid on it… it’s just a digital mark of ownership. The thing is… for example, if I sell one on OpenSea, I can set a price and a resale percentage, so I might make 100 and 5% of resale value. I know guys who are just selling each other their stuff to inflate value until somebody buys it for real. There are certain projects that have gone up a lot on value, but probably won’t hold it long term.

I doubt this kind of money making speculation would be a problem in the YA world. There would be 50 unique author approved nfts/character art and if you got one, you’d have ownership and bragging rights, which I think the YA community would love. You can look up people’s portfolio and see all their collections made from their favorite books and stories; they’d want to collect them like Pokémon and show them off. They’re rare, because even though they’re digital, ownership is exclusive, so authors could reward participation and contributions into the fandom. Everybody – thousands of readers – can get the same pretty hardcover signed book. Very few people would amass a distinguished collection of exclusive book NFTs (which could actually be easily displayed, unlike their at home book collection).

I personally, am having trouble seeing the controversy as anything other than a knee-jerk reaction to novel technologies from young readers who don’t fully understand them – and I know that’s an outlandish character assassination, but I’ve spent the last year investing in crypto currencies. It’s not the black market, drug-dealing, pyramid schemy landscape of 10 years ago (although of COURSE there are a ton of scams and BS, especially on TikTok, recommended shitcoins being shilled by celebrities, and a bunch of nonsense right now, it’s also true that Bitcoin is close to surpassing silver in global digital value, and this year a bunch of Boomer trust funds and wallstreet outfits are starting to FOMO in.)

It’s a little late to be outraged by cryptocurrency, because we’re just now in the painful adjustments of mass adoption, and it will soon control most of our lives, whether or not we accept it. Of course there will be resistance. But a handful of YA authors aren’t ruining the world by testing the waters of new technology; I’d argue it’s almost their job to embrace them rather than becoming dinosaurs of the publishing world.

Do you think your pretty hardcover books and Amazon’s shipping and massive warehouses are less harmful for the environment than a single digital transaction? Do you think a few thousand reader engagements and a community project is more than a small drop in the wide ocean of earth-destroying banks and governmental neglect? Twitter itself will soon be accepting Bitcoin tips through the lightning network and content creators can actively EARN MONEY from generating a rage-tweet-storm like this: are YA reviewers not going to participate, when others are getting paid for their content? Shouldn’t they just log off the internet completely – or is there real value in digital participation and contribution?

We may already be on the very real cusp of a digital dystopia, and it’ll either hasten our planet’s demise, or (more probably) offer a potential solution from the existing cultural hellscape most of us use the internet to escape from.

There are bigger problems, worse problems, and crypto is attempting to solve a lot of them. Sometimes, the YA rage-tirade crowd is on the right side of history and much more in tune and aware than the older writers of the genre. I don’t think this is one of those times.

A more pressing example, might be the flagrant theft of creative IP – for example there are a bunch of Harry Potter or fan-culture based NFTs which can’t be legal; and some have already prompted lawsuits.

People currently get paid for content with likes and follows. Very soon, they’ll be earning real money (you can already turn on tipping on Twitter); which means, the more controversy, the more earnings – just like how Facebook works, and why it’s so terrible.

There’s been a lot of speculation that this is a pay-to-play scheme, but I can’t find any actual evidence of that, and mostly it seems to be a bad summary of what’s actually being proposed. Here are some of the real details. Final point… all the arguments about energy consumption are about ethereum, which burns a lot of energy. Marie Lu et al were very clear to point out their NFTs will be on solana; an alternative crypto with a vastly lesser footprint (50,000 transactions per second, vs 30 transactions per second….) 99% less bad than all the arguments against NFTs make these concerns out to be. I’m not surprised readers don’t know this stuff, but they did *try* to do it right.

If you’re an author who wants to learn more, here’s a good take, that mentions easy/automatic payment distributions as a benefit… You’ve probably already seen all the big scandals this year about publishers withholding royalties or sales information. This is something that cryptos would solve (reducing fees, improving transparency, instant transfers).
https://bookriot.com/nfts-for-books/

Best YA fantasy books teens will love (80 of our favorite books and authors).

Looking for something new to read? There are ...