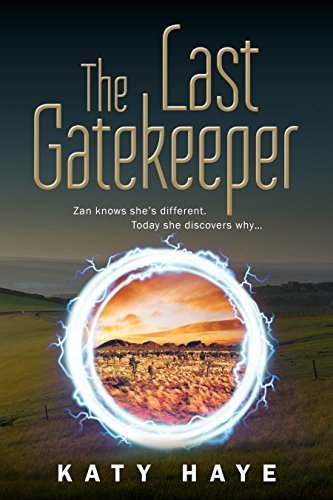 Review for THE LAST GATEKEEPER by Katy Haye Faerie and angel folklore collide into one immensely satisfying coming of age story. If The Last Gatekeeper were a statue, I’d say it was whittled to perfection: there are no unnecessary descriptions or dragging introspections. The action is steady, the world and magic system consistent and the characters are VERY likeable.

I was not crazy about the INSTALOVE at the beginning, but it played out nicely, and by the end, you are totally rooting for Zan and Thanriel.

My favorite thing about The Last Gatekeeper is the heroine, Zanzibar or Zan. She’s strong, and willful, but also sweet and smart, everything a heroine should be. At the end of the book (and what an ending that was! WOW!), she reminded me of Khaleesi from Game of Thrones.

OUR DARK STARS by Audrey Grey and Krystal Wade