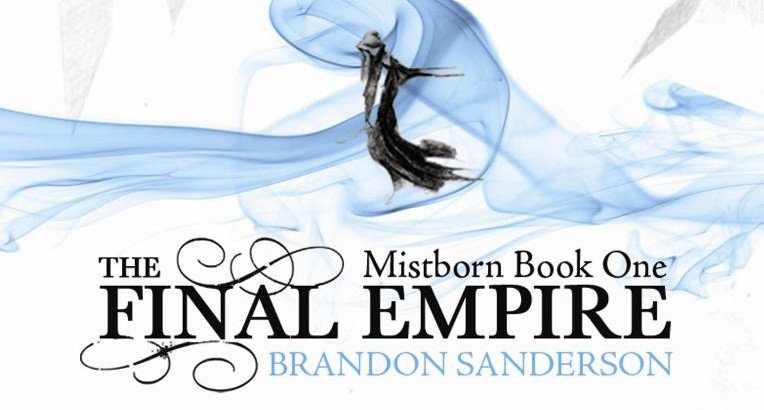 Like every great work of fiction, the Mistborn series rests upon one interesting question. In this case, author Brandon Sanderson asked himself – What would happen if the prophesied hero (The One) failed?

Answering this question, Sanderson created the Final Empire. A colossal nation under the iron fist of the Lord Ruler – a godlike emperor – and his twisted religious order.

We are introduced to a world divided between the preposterously wealthy nobility and the enslaved Skaa. It doesn’t take long to realize that this book is about a fight between the oppressed and their oppressors, but the stakes couldn’t possibly be any higher. The Lord Ruler’s divine powers are simply too great, his thousand-year-old grip on the Final Empire too tight. So much so that the enslaved Skaa have all but forgotten the meaning of hope. But it is also here that the book becomes interesting. Instead of a more, let’s call it, traditional approach, Sanderson created a pastiche of sorts, mixing his High Fantasy setting with a Heist Plot pulled from “conventional” thrillers. The result feels both exciting and fresh. This freshness, however, also comes from the worldbuilding itself, so let’s start there.

Sanderson shows tremendous restraint in his worldbuilding. Every Fantasy element seems to be there for a reason, making it all matter, instead of just being cosmetic. You will sometimes be told about some distant culture or forgotten religion (usually interesting ones) that have no consequence in the plot, but these passing mentions are exceptions and actually serve to immerse you in this world, giving you the feeling that there is a lot more to the Final Empire than just its capital (where most of the action takes place). The most original element of the worldbuilding is, without a doubt, its magic system. Most times, I frown upon complicated magic systems, because they’re usually a sign that the author is just showing off (look how smart I am). Allomancy, however, is such an integral part of the plot that it makes complete sense that the author made such a huge effort creating it. At least, I assume it was an effort, considering how well thought out and detailed everything was. The downside is that it does require some exposition, which drags the action down a bit during the second act, but nothing too serious.

As for the plot itself, expect a very decent amount of excitement. There are plenty of unexpected turns, although nothing that will melt your brains. The pace is very good, especially from the third act onwards, and the ending felt satisfying. My only complaint is that there is one thing about the ending that makes no sense to me, but I can’t talk about it without majorly spoiling stuff. I’m not saying the ending doesn’t make sense, I’m saying there is one detail about it that I don’t understand. I actually expected it to be explained in the epilog, but it isn’t even mentioned. Weird…

Finally, the characters are varied and interesting. There are a couple of clichés in the gang that is pulling the “heist”, but all main characters are deep and believable. Kelsier is a particularly good one as is Ellend. I am not a fan of Sazed, though (a secondary character, albeit with a prominent role), who feels quite one dimensional.

Overall, this is a REALLY good book. Brandon Sanderson is one the greats in contemporary Fantasy. His technique is flawless and you will be quickly drawn into his world. The Final Empire is one of those books that you’ll wish it wouldn’t end. On the other hand, it’s just the first of a trilogy, so you can just rush to buy the next one in the series as soon as you finish it.