If you’re interested in the kinds of stories that get told in and about prison, and then this list is for you! These mostly YA books are all largely set in prisons, detention facilities, and penitentiaries, across a range of genres, including historical fiction and dystopian fiction.

Read on to know more about these books, whose stories feature teens struggling against systems bent on breaking them, teens who are wrongly imprisoned and want to get free. 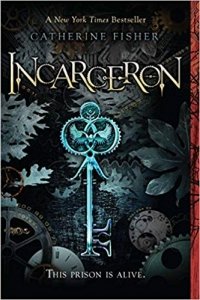 Incarceron is a prison so vast that it contains not only cells and corridors, but metal forests, dilapidated cities, and wilderness. It has been sealed for centuries, and only one man has ever escaped. Finn has always been a prisoner here. Although he has no memory of his childhood, he is sure he came from Outside. His link to the Outside, his chance to break free, is Claudia, the warden’s daughter, herself determined to escape an arranged marriage. They are up against impossible odds, but one thing looms above all: Incarceron itself is alive…

“On word I could use to describe this book would be: smooth. There are no breaks in the story, where you wonder when it will pick up again. This leaves me with only one more thing to say: When the sequal, Sapphique, comes out later this year, I’m going to buy it. Because I know I will enjoy it.” – Manatee, Amazon user ★★★★★

Rose Under Fire by Elizabeth Wein 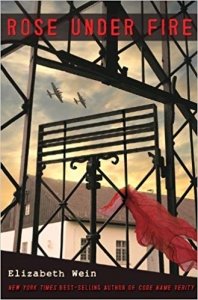 While flying an Allied fighter plane from Paris to England, American ATA pilot and amateur poet, Rose Justice, is captured by the Nazis and sent to Ravensbrück, the notorious women’s concentration camp. Trapped in horrific circumstances, Rose finds hope in the impossible through the loyalty, bravery and friendship of her fellow prisoners. But will that be enough to endure the fate that’s in store for her?

Elizabeth Wein, author of the critically-acclaimed and best-selling Code Name Verity, delivers another stunning WWII thriller. The unforgettable story of Rose Justice is forged from heart-wrenching courage, resolve, and the slim, bright chance of survival.

“The horrors of the setting and the emotions they evoked were definitely not glossed over. Whether it was bombed-out London, the interior of the camp, or the Nuremburg trials, everything was vivid and stark in its reality. I felt the emotions inspired by the setting that the characters experienced. I experienced the settings with the characters: the horror of the camp, the freedom of flying for Rose, the tenseness in the courtroom, and the moments of readjusting and panic in the Hotel Ritz. Everything was vivid and stark in its realism and emotional wallop.” – Sarah L. Gruwell, Amazon user ★★★★★ 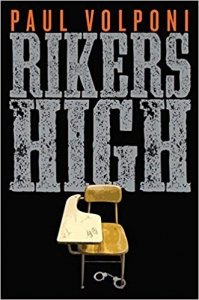 Martin was sitting on the front stoop of his apartment building minding his own business when he was arrested for something he didn’t even mean to do. Five months later, he’s still locked up on Rikers Island, in a New York City jail. Just when it seems things couldn’t get much worse, Martin is caught between two warring prisoners, and his face is slashed. Now he?ll be forever marked with a prison scar. One good thing comes from the attack: Martin is transferred to a different part of Rikers where inmates are required to attend high school. If Martin opens up to a teacher who really seems to care, perhaps he’ll learn a lesson more valuable than any taught in class.

“Paul Volponi has a real following among teen readers, and when they learn that RIKERS HIGH has a real-life connection to the author’s own experience, it is sure to be a popular read.” – Readingjunky, for TeensReadToo, Amazon user ★★★★★

Al Capone Does My Shirts by Gennifer Choldenko 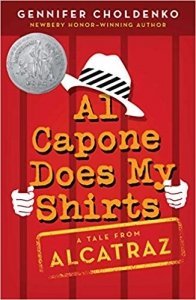 Today I moved to Alcatraz, a twelve-acre rock covered with cement, topped with bird turd and surrounded by water. I’m not the only kid who lives here. There are twenty-three other kids who live on the island because their dads work as guards or cooks or doctors or electricians for the prison, like my dad does. And then there are a ton of murderers, rapists, hit men, con men, stickup men, embezzlers, connivers, burglars, kidnappers and maybe even an innocent man or two, though I doubt it. The convicts we have are the kind other prisons don’t want. I never knew prisons could be picky, but I guess they can. You get to Alcatraz by being the worst of the worst. Unless you’re me. I came here because my mother said I had to.

“I could barely put down my Kindle. I have yet to read a book written for young people that grabbed my attention like this one. I like historic fiction and this Ms. Choldenko has found a niche in history that few of us know about and filled it with interesting characters and a plot line that doesn’t just confine itself to its unique location. The story of Moose and his sister Natalie is nicely woven into the overall plot along family life during the depression and Moose’s coming of age, friendships, romances, and the natural curiosity of the youngsters about their notorious neighbors.” – Curtis G. Richardson, Amazon user ★★★★★

What are your favorite YA books that are set in prisons, or have prisons in them? Let us know in the comments!