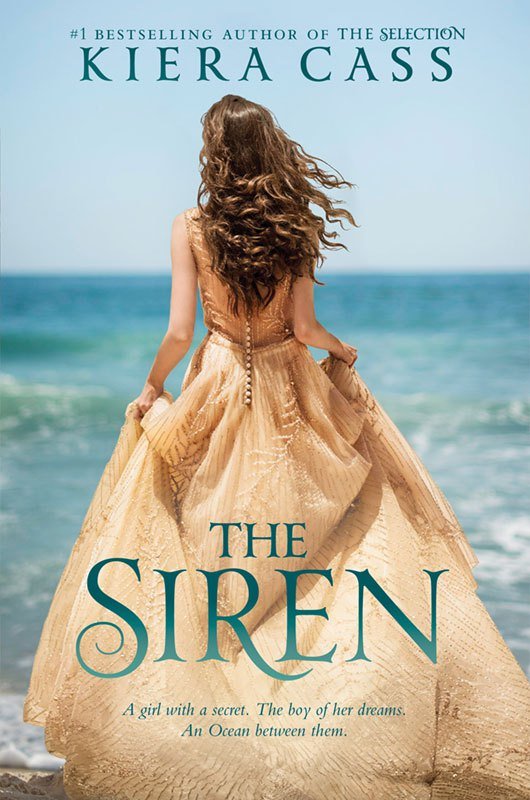 We're excited that mermaids are the new vampires.

We have entered the epoch of mermaids. 2015 saw dozens of mermaid themed books hit the market, and what has so far been a quiet subcategory of paranormal romance is about to get epic.

Kiera Cass, author of The Selection is publishing a young adult novel called The Siren with HarperTeen. It’ll be available from January 26, 2016.

From what I’ve pieced together (may not be 100% factual), a young girl decides to serve the ocean for 100 years instead of dying in a boating accident. She becomes a siren, who offers seductive death to humans to feed the ocean.

She wants to be human, hates herself for drowning children, runs away to cry and meets her love interest, Akinli. But then she can’t speak to explain what she is (just like Disney’s The Little Mermaid, and the novel I read recently based on the same original story, where the mermaid gets pregnant and gives up her baby to her love and his human bride… can’t find the name right now).

If that’s how the story really goes, it’s kind of been overdone. YA female hero who feels guilty because she rages out and destroys people…. check. Meets a guy but then runs away because she doesn’t want to hurt him… check. Comes back because her love is too strong to be without him… check.

Seems like it has all the right pieces. Luckily YA fiction is mostly formulaic. But The Siren introduces new characters, and some bittersweet romance – it’s not a simple happy story, but something deep and moving.

Also, sirens get to do cool stuff, look young and beautiful, and collect gold and treasure from the sea floor. And live a long time. They’re definitely the new vampires, only since siren are typically female, instead of the brooding Byronic heroes we have self-loathing heroines. There’s some overlap between my own book, but in mine the boy is the mermaid, the girl is human. He doesn’t want to hurt her (more like Twilight that way, and Lies Beneath by Anne Greenwood Brown).

Kiera Cass’s The Siren was actually written several years ago, beforeThe Selection series, and self-published. Now we get to see it again (my guess is that Harper’s editors fixed some story problems and did a lot of editing, so it should do nicely). Hopefully my own book will launch a month or two before, and I can tied in some promotion.