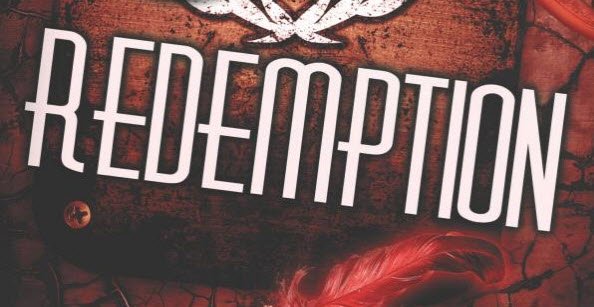 Rite of Redemption is the third and final book in the Acceptance dystopian trilogy by Sarah Negovetich.

SUMMARY (from back): Rebecca escaped the PIT, found a family among the Freeman…and watched too many loved ones die. All she wants is the Cardinal to leave her in peace, but he’s made it clear that’s never going to happen.

When the Cardinal attacks other Freeman villages, she finally understands that no one is safe from his wrath. As the only one who’s stood up to the evil that is the Cardinal, it’s up to her to convince the others that they can’t hide forever. It’s time to fight.

The Machine predicted Rebecca would become the Cardinal’s enemy. It may have gotten that one right.

In the conclusion to the Acceptance series, enemies become allies and old friends emerge, but in the end, sacrifice may be the price of freedom.

WHAT I THOUGHT: I will be the first to say I am not a huge dystopian fan, but Negovetich’s writing hooked me in the first book and kept me buying the subsequent books in the series.

Plot – As with all dystopian books, the world as we know it has been reorganized after a cataclysmic event. The Cardinal is the epicenter of power in this society. In this book, Rebecca, the central heroine, is after taking him down. And of course, only she, as the face of the resistance, can do so. I thought the stakes were set high and Negovetich delivered on suspense, obstacles, and distrust among characters/entities. One thing that drives me crazy with some authors is that they set these elements up then make the resolution way too easy. This was not the case in Rite of Redemption for the most part. I won’t give away the ending, but I would say all but the absolute end where Rebecca “just happens” to run into the guy and it resolves rather easily, gave me a great “ride”.

Characters – I loved Rebecca! I loved how she matured throughout the series based upon everything that happened to her. She becomes the one to save that world by default as a result of who she is and what she values rather than some artificial “nomination” by outsiders.

Her now-husband, Daniel, I didn’t appreciate so much in this book. I thought he bordered on the whiny, petulant side and while I suppose his behavior could have happened in real life, I didn’t care for the change in this guy who used to be so supportive of Rebecca.

Pacing – I liked how the story unfolded. I loved how the Cardinal’s move triggers the beginning of events that must play out. And the author created a logical progression of events, visiting various Freeman villages, etc. I particularly loved how Rebecca’s childhood best friend appears once more in the final installment to wrap up that connection.

IF YOU ENJOYED THIS POST I also invite you to download the free ebooks of the award winning Prequel and Book one in the Andy Smithson coming-of-age epic fantasy series.