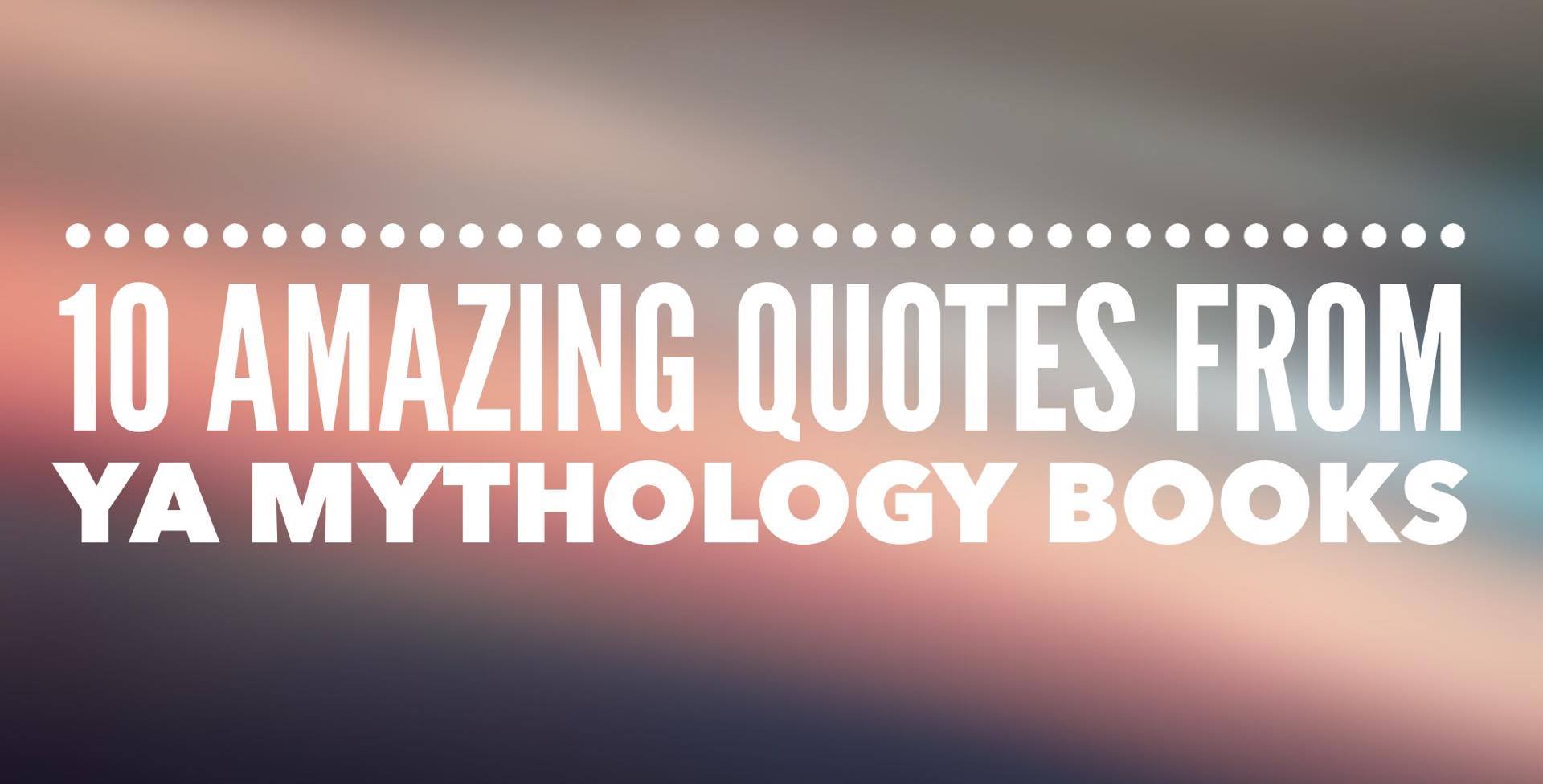 10 Amazing Quotes from YA Mythology Books

Since my latest YA book series is inspired by mythology, I thought it would be fun to collect some of my favorite quotes from authors who also write in the genre!

1) “The gods don’t fix problems. They make bigger ones. Every story, every myth, every legend ends tragically for a human. Gods have amazing powers, but they leave a path of destruction and never think about the consequences that others have to deal with.”
― Raye Wagner, Curse of the Sphinx

2) “Knowing too much of your future is never a good thing.”
― Rick Riordan, The Lightning Thief

3) I didn’t need anybody else to pity me. Especially not this gorgeously annoying underwear model who swims naked in the middle of the night.
― D.S. Murphy, Shearwater

4) “My boyfriend was an immortal warrior, my roommate was a valkyrie, and whoever married Tyr might be the key to intergalactic peace. And it could very well be me.”
― S.T. Bende, Perfekt Order

5) “What a strange circumstance she found herself in: baking brownies for a handful of gods from the Underworld.”
― Eva Pohler, The Gatekeeper’s Sons

6) “No one fears death more than immortals. Humans adjust to their lot in life little bits at a time. They’re introduced to the concept with goldfish, then move up to puppies, ancient relatives and reckless friends, each victim closer to them than the last. Death follows them through life, making itself known. Numbing them bit by bit until there is nothing left in them but resignation. We had no such preparation. We were never meant to die.”
― Kaitlin Bevis, The Iron Queen

7) “Humans are by nature self-centered. It doesn’t matter how civilized or primitive they are. If they want something, they’ll find a way to get it or take it. The old empires used land, women, religion, pride in one’s nationality, or preservation of their culture as an excuse to start war. Presently, you use technology, world policing, expanding markets, and protecting national interest, but the underlying theme has never changed. As long as there are greedy people in this world, there will always be wars.”
― Ednah Walters, Runes

8) “I wasn’t really missing, but what if I were? No one cared. No one was looking for me. It was like faking your death to see how many people would show up at your funeral, and no one did.”
― Desni Dantone, Ignited

9) “I am getting so tired of these melodramatic exits! – I muttered. – Don’t goddesses ever use the door?”
― Jen McConnel, Daughter of Chaos

10) “My world had gone from normal to magical in only a few days. Everything I’d once believed to be true had been turned upside down, and even though it was crazy and possibly dangerous, I loved every second of it.”
― Michelle Madow, The Prophecy of Shadows

(I couldn’t resist throwing a quote from my book in there last! 😛 )

Here are all the books mentioned if you want to check them out!