Fantasy, historical, YA Fandom, YA Resources 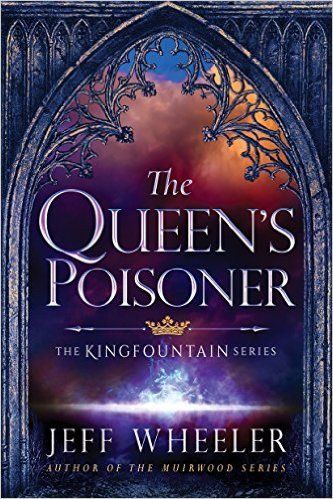 10 epic and best-selling YA fantasy quotes

The Queen’s Poisoner by Jeff Wheeler

“Courage isn’t the absence of fear, Owen. Courage is moving forward even when you’re afraid.”

Reflection: The Stranger in the Mirror by Rachel B. Smith

“Remember that Chio may be in ashes, but the phoenix will rise again.”

The Door by Lorilyn Roberts

“Use your gifts wisely. If you do, the king will increase them. If you don’t, your gifts will decrease and be given to another, though they will never be completely taken away. There’s always hope even when you go astray.”

“The first kiss is something a girl never forgets. This feeling, at this very moment, could carry me through a hundred summers.”

“The enemy of my enemy is not necessarily my friend. Oft as not, he is just another enemy waiting to be discovered.”

‘I have lived more years than I can remember.’ He leaned forward to better study a few of his nearest listeners. ‘Probably more than the sum of all your years combined. Kings have called me friend and heathen warriors have sworn to burn the flesh from my bones, vowing to search all seven halls of Hell to find me.’

Lady of Devices by Shelley Adina

“If there’s anything I hate, it’s someone telling me ‘don’t’ without saying why.”

The Traitor’s Heir by Anna Thayer

He gripped his dagger hard. “He needed me. He wanted me to learn his trade. And we got by without dreams.” (This Knight of Eldaran series is not a bestseller – yet. But it ought to be. The best epic fantasy I’ve read in a year.)

Under the Trees by Ashley Maker

“Teach me how to survive on my own.” Her voice was so strong and so broken at the same time. … With such courage before me, how could I deny her anything?

The Wrath and the Dawn by Renee Ahdieh

“Some things exist in our lives for but a brief moment. And we must let them go on to light another sky.”

“Nay, this is not wise at all. But sometimes the heart tells us to venture where the mind fears to tread.”

The thin blade held sun and shadow and burning-cold crystals that crept toward her heart. Kyrin willed her gaze past the edge to his contempt. “I am not afraid, but a trial of skill lies between the strong!”

Two of the above books are extras. 10 + 2. I had to throw in a couple more. Mine you can figure out easily. But just for fun – can you figure out which one is my friend’s? Click on any of these books for their descriptions on Amazon. For more epic fantasy reads, see my website resources page and my books.